STARTING WEDNESDAY, 18 MARCH, WE ARE PROUD TO ANNOUNCE MINA AND THE SAD-EYED LADIES WILL BE HITTING THE ROAD SINCE 2009 TO CELEBRATE TWENTY YEARS OF MINA'S DEBUT, "DIED LAUGHING." THE ENTIRE ALBUM WILL BE PERFORMED IN ITS ENTIRETY ALONG WITH SELECTIONS FROM MINA'S ENTIRE BACK CATALOG PLUS SOME SURPRISES. PRE-SALE FOR SELECT SHOWS GO ON SALE TODAY (2020-03-18), AND GENERAL SALE THIS FRIDAY, 2020-03-20. LINKS FOR MOST SHOWS ARE BELOW. 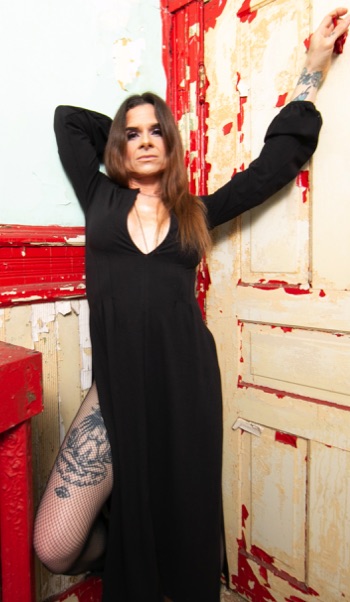 Come As You Are Festival

One of the biggest voices (and smallest bodies) in rock music belongs to Brooklyn's own Mina Caputo. After garnering a massive following as the vocalist for the world-renowned rock-alt/metal outfit Life of Agony, Caputo’s honed a reputation for touching listeners to the very depths of their souls with her poetry; her heartrending live performances is well-earned:  Within a single show, she is capable of inciting arena-sized mosh pits in addition to breathless silence.

Mina also has frequently co-collaborated with Grammy- nominated multi-instrumentalist producer Andy Kravitz (Cypress Hill, Billy Joel, Imogen Heap, Julianna Hatfield), whom she met during the Life of Agony “Soul Searching Sun” recording sessions in the late 1990s. Kravitz co-produced and was heavily present on her last two albums, “Love Hard” and “As much Truth as One Can Bear,” as well as on her ambient geek-rock duo side project with Ryan Oldcastle as The Neptune Darlings with their two releases, “Chestnuts and Fireflies” and “Principium Sequentia.”

Obsessed with hard truths, Caputo remains an intrepid conquistador of her own pain. Orphaned by heroin- addicted parents, Mina was forced to grow up in a dark world of poverty, violence and crime. And while themes of abuse and abandonment may seem familiar to those who follow her work, Caputo innovatively sheds new light on these subjects with every song she creates.  As unorthodox as her lyrical content can sometimes be, the most surprising aspect about Caputo is her undying romanticism—her unwavering insistence on seeing the silver lining in every cloud. As Mina herself says, “From my own feelings of displacement, dissatisfaction and yearning, comes a vast sea of compassion.” 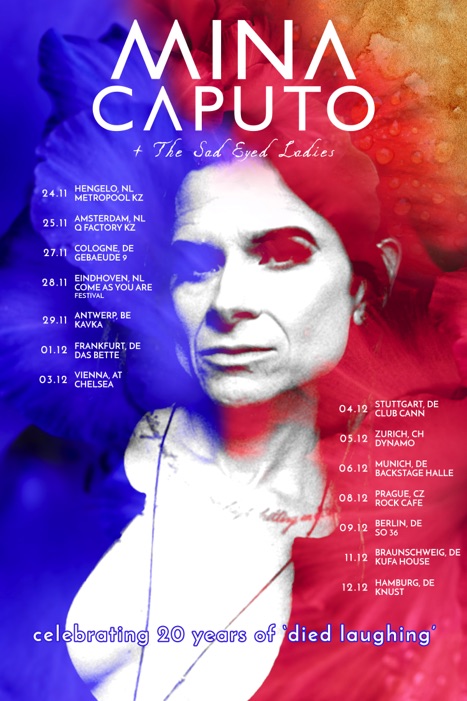